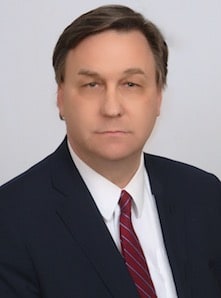 Peter Van Aulen’s practice is devoted to divorce and New Jersey family law. He has been a divorce attorney in NJ for over twenty-five years. Peter has far-reaching experience in all areas of matrimonial law. As a Northern New Jersey and Bergen County divorce lawyer, he has handled hundreds of cases big and small. Peter Van Aulen has written or edited over 300 divorce/New Jersey family law articles that are located on this website and his blog. He has handled child custody cases for both men and women. In fact, he has extensive experience in handling difficult custody, parent alienation, child relocation and international child abduction cases. Also, he has obtained a number of Restraining Orders for victims of domestic violence and has successfully defended clients against baseless claims of domestic violence. He has drafted many prenuptial as well as divorce settlement agreements and knows what it takes to insure their enforceability. Peter is also a trained mediator. In addition, he was an adjunct professor for thirteen years. He is a lecturer and panelist on divorce law at continuing legal education seminars for attorneys. This combination of practical and academic experience serves his clients well.

A Certified matrimonial law attorney is a designation granted by the New Jersey Supreme Court to attorneys who has shown ample levels of knowledge, education, skill and experience in divorce and family practice. This certification was given by the Supreme Court to Peter Van Aulen after he demonstrated the same. He has completed many more continuing legal educational courses in family and divorce law than what is required of a non-certified divorce lawyer in New Jersey. He was favorably evaluated by other attorneys and judges. Peter also passed an extensive exam. This certification along with his many years of experience is what distinguishes Peter Van Aulen from the many other divorce lawyers in NJ.

Call Today for a Free Comprehensive in Office Consultation

Going through a divorce or most family law cases can be difficult. However, your divorce or New Jersey family law litigation could be even more difficult if you pick the wrong lawyer. Peter provides very competent representation and straight forward advice. He is the right divorce attorney in NJ to choose. He truly cares about his clients and their families. Peter offers a free Initial consultation at his Saddle Brook Office. Call today at 201-845-7400 to schedule your free comprehensive in office consultation.

In New Jersey, you must live in the state for at least one year prior to filing for divorce, unless there is adultery. The state provides for a no-fault divorce based on irreconcilable differences, or on an 18-month separation. New Jersey also provides for a fault divorce based on desertion, extreme cruelty, adultery, imprisonment, addiction, deviant sexual conduct, and institutionalization. The party that files the complaint is the plaintiff, and the other party is the defendant. Once the complaint is filed, it must be served on the defendant with a summons. Then the defendant has 35 days to file an Answer, Answer and Counterclaim, or Notice of Appearance. During a NJ divorce proceeding, the issues of child custody, child support (support paid to a spouse for the benefit of the child), alimony (support paid to a spouse for the benefit of that spouse), and equitable distribution (dividing of assets) are resolved.

The state recognizes that the support of the child is the duty of both parents. Certain allowable expenses are included in determining the amount of child support necessary for the child to live comfortably, including housing, food, clothing and health care. Other expenses may be added if necessary to support the child. Adjustments may be made if the non-custodial parent has other legal dependents or has overnight visits with the child.

Determining if the amount of child support may be modified is contingent upon several factors. Becoming unemployed does not automatically guarantee a change in support payments. The courts will look at the circumstances surrounding the loss of employment along with the person's attempts at finding new employment at the same rate of pay. The person who has become unemployed must be able to show that they have put forth effort to obtain a job with the best pay to have less impact on the child or former spouse.

A spouse may obtain a restraining order in a case of domestic violence. Domestic violence may include assault, kidnapping, sexual assault, burglary, harassment and other acts. The person requesting the restraining order must have been subjected to domestic violence by a spouse or former spouse or current or former girl/boyfriend or other current or former member of the household. The order can prohibit the person from contacting or coming near to the victim or their place of employment or home. While the initial order is temporary, a permanent order may be granted.

A prenuptial agreement may be drafted before a marriage to determine the dispersal of property and any other assets acquired before or during the marriage along with any rights to spousal support. The agreement must be made in writing and include a statement of the assets of both parties. It must also be signed by both parties, preferably well before the wedding to avoid a challenge to the agreement.

Divorce in Same Sex Marriages and Dissolution of Civil Unions

The state of New Jersey recognizes the validity of same sex marriage that has either occurred in the state or in another state. Divorce in a same sex marriage will be handled the same way as with other unions. They must follow the same procedures for dissolution and division of assets.

Enforcement of Judgments and Orders

A child support order can be enforced if the paying parent fails to make the payments. Several remedies exist for the enforcement of the order, including garnishment of wages, liens and even incarceration. Their assets may be seized, and they may have their driver's license suspended.

In a divorce, mediation may be mandated for substantial issues regarding custody and parenting time. Mediation may also be used to solve disagreements over economic issues in the divorce such as alimony.

If a child is taken to another country by a parent, the other parent can file an application to have them returned. Uniform Child Custody Jurisdiction Act (UCCJA) was established to assist parents in the return of their child that have been taken to another state. The Hague Convention on International Child Abduction was enacted to cause the return of wrongfully removed or retained children in a country that is a member of the Convention.

If the custodial parent wishes to move the child out of the state and the non-custodial parent does not agree, they must file a petition for an Order permitting the relocation. The court will decide whether the move is in the child's best interest.

Paternity may be called into question during a request for child support. The alleged father is subject to the jurisdiction of the state if a paternity action is brought against him in court. A man may be presumed to be the father if he were married to the mother, attempted to marry her before or after the birth of the child or if he verbally acknowledges the child as his or does so in writing.

Grandparents can file a petition for visitation of a grandchild if the custodial parent does not allow them to see the child. However, they must be able to prove that visitation is necessary to prevent harm to the child. Otherwise, the court will not interfere in the parent's right to decide what is best for the child.

In separated or divorce families, there may be disagreement about each parent's contribution to a child's college costs. The leading case in New Jersey is Newburgh v. Arrigo which held that a judge must apply several factors in deciding a parent's responsibility.

As a Family Law Attorney Peter Listens to his Clients

Peter knows that going through a divorce is one of the most difficult experiences you can go through in your life. Peter first listens to you before giving any advice. As an experienced divorce attorney in NJ, he knows the importance of not only understanding your legal situation but having a full understanding of all parties’ emotional and psychological circumstances.

Peter then will work with you to form an effective strategy to resolve your legal problem. During your representation you can expect Peter to be available to answer your questions and respond to your concerns. He will give you sound legal advice. Peter will timely return your phone calls. He will work diligently on your case. If a battle needs to be fought Peter will aggressively and passionately represent your interest. He takes pride in fighting hard for his clients. He is not afraid to go to trial. However, he is an effective negotiator and has settled many difficult cases.

Our Practice Areas
View More
Client Reviews
★★★★★
Peter has integrity, and values his relationships with his clients beyond his financial relationship with them. For me to say this about any lawyer is really saying something. He is compassionate, straightforward and knowledgeable. I would easily recommend him to anybody. Lewie W.
★★★★★
Peter Van Aulen handled my case with great diligence and integrity. He is also a compassionate individual who realizes what a difficult time divorce can be emotionally. Peter works hard and doesn't take any shortcuts in preparing for a case… I highly recommend Mr. Van Aulen and his staff. Chuck Solomon
★★★★★
Peter is an exceptionally great attorney. He handled my child custody case and was able to ease any of my concerns with honest answers. He always took the time to explain the pros/cons and was always available to answer any questions that I had… I would highly recommend this attorney to anyone who is looking for one. Jessica Cruz
★★★★★
Peter Van Aulen is a very compassionate, honest and straightforward person. He was there for me at my lowest point with a genuine concern not only for my situation, but for me and my child's well being above all… He is fair and he is strong and when push comes to shove he is there for you. Cathy Dodge
★★★★★
Our cousin used Peter's law office to help with a sticky custody situation. He was extremely responsive, very nice and most importantly did an awesome job with the court! He is awesome. Lawrence Polsky