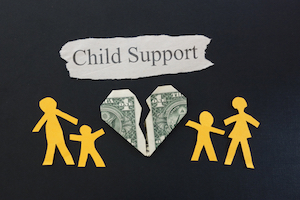 In almost every divorce involving minor children of the married couple, a court will enter a child support order as part of the final documents that dissolve the marriage. The order usually states that a non-custodial parent is to pay child support to the other parent on a weekly, semimonthly or monthly basis. Setting the support amount can become one of the more contentious issues in a divorce. Therefore, understanding how the child support is calculated and how a state’s child support calculator works is important to knowing what you can expect to either pay or receive.

Payment of support is intended to allow children to experience the same lifestyle they would have enjoyed if the family had remained intact. The basic support obligation is intended to cover expenses for shelter, utilities, food, clothing, routine transportation and minimal health care costs. Child support amounts are based on the income of both parents and the number of children being supported. Some states also use age of the child as a factor.

Laws outlining how support is calculated and how the child support calculator works differ by state. Each state also has its own Child Support Guidelines which set the basic financial support obligation. As a result, how much a parent pays for support in California will likely differ from the amount set in New Jersey.

Support calculations begin by establishing the gross income of each parent. This typically includes income from wages, self-employment, tips, bonuses, alimony, investments and other sources. Public assistance, food stamps and Supplemental Security Income (SSI) are usually not included. Deductions are then taken for payment of such items as taxes, social security and Medicare, mandatory union dues and some pension contributions. Income must usually be verified by providing the most recent tax return and several months of pay records.

The resulting net income amounts are added together and the total used with reference to the support guideline table. Much like an income tax table, you simply find the total net income figure in the first column and then move across the table to intersect the column corresponding to the number of children being supported. The resulting amount is the total basic support obligation. That number is then split based on each parent's percentage of net income.

For example, net monthly income of Parent A, the custodial parent, is $3000 and Parent B's net income is $5,000. Total net income is $8,000. Using one state's guidelines, the total basic support obligation is estimated at $794 for one child. Since Parent B earns 62.5% of the total income, that parent will pay the same percentage of the support obligation, $496.25, to the other parent.

Factors That May Increase or Decrease Support Payments

In most states, once combined net income reaches a high level, the support guidelines become advisory rather than mandatory. The triggering amount varies by state, but is often in the $144-187,000 range. In this circumstance, the court has discretion to set a child support amount taking into consideration the needs of the child, parental income, extracurricular activities and other factors.

When the paying parent asks a court to set support at an amount below the basic calculation, the court examines a variety of factors. This may include income generated by other members in household, the needs of the person requesting the deviation and how a reduction in support might affect the child's household.

Laws in most states set limits on the amount of a person's income that can be taken for support payments. Courts are also often directed to order payment of a lower amount when payment of the basic support obligation would leave a person with income below federal poverty guidelines.

If the non-custodial spouse is imprisoned or receiving public assistance, courts usually have discretion to set support between $0 and $50. However, if the parent earns income from correctional industry program while in prison, courts may require a percentage of the earnings be paid toward support.

Financial circumstances existing at the time of the divorce are likely to change. Loss of a job or unexpected health issues may significantly reduce a person's income. Similarly, job promotions, annual bonuses and profitable returns on investments can substantially increase annual income. When there is a significant change in financial circumstances, either parent may ask the court to modify the child support payment. Documentation will be required to support the modification. This may include medical records, layoff notices and current pay stubs, tax returns, evidence of effort to find new employment and other financial documents.

Payment of child support is usually required until a child is emancipated. Statistics indicate that less than 50% of children owed support actually receive the full court ordered amount each month. Divorce may terminate a marriage, but the relationship between parent and child endures. Payment of adequate support on a regular schedule demonstrates an ongoing commitment to the child regardless of circumstances while also setting a positive example of parental responsibility. If you questions concerning the child support calculator and how child support is calculated in New Jersey, call the Law Offices of Peter Van Aulen at (201) 845-7400 for an initial consultation.