Helping Clients With Divorce &
Family Law for More Than 25 Years. A Firm Focused On Divorce and Family Law.
Contact Us for a Consultation

Dealing With DCPP and DYFS 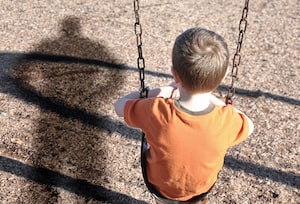 New Jersey's Division of Child Protection and Permanency (DCPP) is the state agency responsible to investigate allegations of child abuse or neglect. Formerly called the Division of Youth and Family Services (DYFS) until 2012, the agency's stated mission is to ensure the safety, permanency and well-being of children and to support families. However, receiving a phone call from DCPP/DYFS can immediately create anxiety that a child may be taken from the home. Understanding how the division operates may ease that stress.

By law, anyone suspecting child abuse or neglect must report the suspicion. Reports are typically made by neighbors, medical personnel, school and church officials as well as parents.

Neglect may result from failing to provide adequate supervision, food, clothing, education or medical care. Because of such broad definitions, it is conceivable that even a relatively harmless act could be used to allege abuse or neglect. Further, while one act may not constitute abuse or neglect by itself, the Division will often attempt to justify its action by relying on the totality of a series of events.

Once DCPP receives notice of suspected abuse, the agency is required by law to investigate. Within 24 hours of receiving a report, an intake worker will meet with the child and family in their home to observe conditions, assess the safety of the child and investigate concerns raised by the report.

Children and parents will typically be interviewed separately. The initial meeting may involve taking pictures or video. The intake worker must follow-up with school or medical personnel if they were the source of the report. The worker is also required to interview witnesses and others who may have knowledge of the alleged circumstances.

Investigations are to be completed within 60 days. When examination of the circumstances suggests the report was completely unfounded or that the allegation, even if true, would not constitute abuse or neglect, an investigation may conclude within 30 days, but that is a rare exception. Generally, if there is any supporting evidence of the allegation, the agency will use the full 60 days to examine the claim.

If the intake worker on a first visit believes there is actual harm to the child or an imminent risk of harm, the worker may immediately remove the child from the home without first obtaining a court order. If the worker believes there is a substantial but not imminent risk of harm, the agency must first seek a court order before removing a child. Alternatively, the agency may find the potential for harm has lessened and allow the child to remain in the home.

The Division is required to make reasonable efforts to avoid removing a child from his or her home and family. If a risk of harm may be ongoing, implementation of a protection plan can be required as a condition for keeping the child at home. For example, if one parent has allegedly been abusive toward the child, the protection plan could allow the child to remain at home with the non-abusive parent. The plan would include provisions for actions to be taken if the other parent attempts to return home or contact the child.

If DCPP/DYFS removes a child from the home without first obtaining a court order, the Division must file a Complaint in court within two days. If the child is not removed from home, the state may still file a Complaint seeking to remove a child, restrict parental access or require the parents and child to engage in counseling and other services. The two-day deadline does not apply when the child remains at home. An attorney will be assigned to represent the child. Parents unable to afford private counsel will also be assigned an attorney.

After the Complaint is filed, a court hearing will be set requiring the parents or guardian of the child to "show cause" why approval should not be granted for action the Division has either taken or is requesting to take. A parent contesting the Division's action must be prepared to aggressively challenge the state's allegations.

If a child has been removed from the home by DCPP without a court order, a parent is entitled to have a court hearing within three court days. The law states that a court must order return of the child unless the return presents an imminent risk to the child's life, safety or health. To prevail, the parent must show that the home environment presents no such risk.

If the court does not order return of the child to the primary care of a parent at these initial hearings, the Division must ask the parent for the names of family members and friends with whom the child could live until the case is resolved. The non-accused parent will generally receive priority if able and willing to care for the child.

When the initial investigation is not favorably concluded within 60 days, extended litigation often ensues. A full fact-finding hearing must take place within four to six months. Ultimate disposition can range from leaving a child in the home and providing support services to the family to termination of parental rights and allowing adoption of the child.

This sequence of events represents the tip of the iceberg when the Division becomes involved with a family. If the Division comes calling, one of your first steps should be consultation with an attorney experienced with these types of cases. If you have a DCPP/DYFS issue, call the Law Offices of Peter Van Aulen, at 201-845-7400 for a consultation.