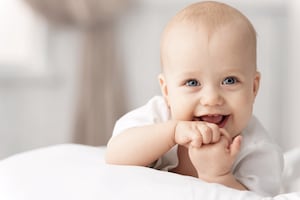 Paternity laws are intended to legally establish the identity of a child's father. While there is rarely uncertainty about who is a child's mother, circumstances can create confusion about who may be the father. Simply being named as the father on a birth certificate does not conclusively establish paternity. Paternity laws in most states make it possible for the legal father of a child to be someone other than the biological father. Designation as the legal father of a child creates financial obligations and significant rights for the parent as well as important privileges for the child.

There are several ways paternity laws may resolve these situations. First, the biological father can simply voluntarily declare he is the father by signing a document often called an Acknowledgement of Paternity or a Certificate of Parentage. Acknowledgment is the equivalent of a court order establishing parentage and bestows all the rights and obligations associated with parenthood. This solution is common when a child is born to unmarried parents and may work in Scenario A as well as long as both the mother and her husband also sign a related document declaring the husband is not the biological parent.

The second method to establish paternity is to file a civil lawsuit seeking a judicial determination of the legal father's identity. This would be required in Scenario A if the mother and her husband dispute the biological father's claim. A civil suit may also be necessary for Scenario B if the mother wants to establish the identity of the father, and neither alleged father is forthcoming. Similarly, scenario C in which the alleged father is visitation rights with his child would likely require resolution by a paternity action.

A paternity or parentage action in court may be initiated by a mother, a presumed father or an alleged father. The state government may also bring suit against a person believed to be the father if the mother is receiving public assistance. The state's interest is to ensure that the legal father pays financial support for the child rather than having the mother and child dependent upon the state.

The parties involved in a paternity suit may simply agree who the father is, or they can request DNA testing to determine parentage. Courts typically approve and order such testing. Testing usually involves obtaining a swab of saliva from the child and any person claiming or denying parentage. The results will either clearly reveal that a man is not the father or show there is better than a 99% chance that he is the father. Courts routinely accept the 99% certainty as sufficient to declare the person as the child's father.

The third method to establish paternity is to simply look at circumstances and parental behavior over time. If a man takes a child into his home and holds the child out to the public as his own over a period of time, often 3-4 years, courts may decide that maintaining the father-child bond is in the child's best interest and designate the man as the child's legal father.

If the husband in Scenario A, treats the child as his own, provides support it and acts in all instances as though the child is his, a court will likely reject the biological father's claim of paternity unless it is brought soon after the child's birth. As time passes, the biological father's claim to be the legal father becomes less important than maintaining a strong and stable bond established between a child and the only father he has known. Similarly, if the husband and wife divorce after several years, the now-ex-husband may still are required by the court to pay child support since he acted, in fact, as the child's father for an extended time.

Designation as the legal father of a child results in certain rights, privileges, and obligations. Once a person is legally established as the father of a child, he is obligated to provide financial support, and the state can initiate legal action to collect. Once the father in Scenario C establishes paternity, he can seek and will likely obtain visitation rights. In the event the mother dies or becomes unable to care for the child, the father will also have an improved chance of gaining custody. A legal determination of parentage may also affect adoption proceedings since the consent of the legal father is required to allow a child to be adopted.

The child's rights are also clarified once a person is legally declared the father. A child has a right to inherit property from the person designated as the legal father but not from a stepfather. A child's ability to bring a wrongful death suit or to receive certain government benefits such as Social Security survivor payments or to be covered by health insurance are all impacted by a determination of who is the legal father.

Paternity laws may differ slightly in each state but are generally similar. Persons desiring to establish their legal status as a father should not delay after they discover they are the parent. Consultation with an experienced attorney is advised to ensure proper procedures are followed and your rights are protected. If you have any questions concerning paternity, call the Law Offices Peter Van Aulen at (201) 845-7400 today for a free initial consultation.