Helping Clients With Divorce &
Family Law for More Than 25 Years. A Firm Focused On Divorce and Family Law.
Contact Us For a Free Consultation 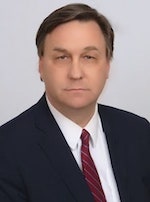 Peter Van Aulen’s practice focuses on divorce, family law and mediation. He is one of a few attorneys who is certified by the Supreme Court of New Jersey as a matrimonial attorney. This designation is given by the Supreme Court to lawyers who have demonstrated high levels of education, experience, skill and knowledge in family law. Peter Van Aulen is an experienced matrimonial trial attorney. He has been a practicing divorce and family law attorney for over 25 years. Through the years he has handled a wide range of divorce cases from the simple to the highly complex. Also, Mr. Van Aulen is also a trained mediator. Mr. Van Aulen is dedicated to representing and fighting for his client’s interests. Mr. Van Aulen is a member of the Early Settlement Panel in Bergen County. Said panel is made up of experienced family law attorneys that listen to unresolved divorce cases and provide recommendations in order to produce settlements and avoid further litigation. As a panelist Peter Van Aulen has helped a number of attorneys and litigants settle their cases. He was also an adjunct professor. Peter Van Aulen has written or edited over three hundred articles on family law that can be found on this website. Further he has been a speaker at continuing legal education seminars for lawyers in areas of divorce and family law.  He offers a free initial consultation to answer your questions.