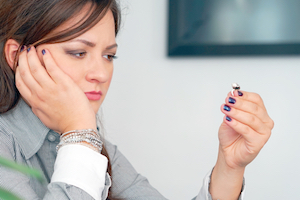 Very few divorces go to trial. For those resolved by trial, a spouse unhappy with the result has the option to appeal to a higher court. Most divorces are completed by settlement short of trial when both parties reach agreement on all the issues. As time passes after divorce, changes to provisions in the divorce decree may be desired or required. The ability to obtain such changes depends on the issue involved.

Child support is based on income of the parents. A change in circumstances sufficient to justify revisiting support payments may occur if a parent loses a job or changes employment resulting in substantially higher or lower income. Changed circumstances can also arise from retirement, remarriage or if the paying parent has another child to whom a duty of support is owed.

Switching primary custody of a child also typically requires proof of circumstances that have substantially changed since the most recent custody order was entered. Obvious changes might include child neglect, parental alcohol or drug abuse, emotional instability of the primary parent or other situations that create an unstable home life.

Altering a visitation schedule does not require such major changes in the home environment but still requires circumstances which generally make the current visitation schedule impractical. Relocation of either parent to another state provides an obvious basis for modifying the parenting plan. In fact, many states require custodial parents to obtain court permission and propose a workable visitation plan prior to relocating a significant distance from the other parent.        State laws usually outline a specific process to modify existing support and custody/visitation orders when circumstances warrant. These laws recognize that family circumstances may change until a child reaches the age of adulthood.

Courts can order payment of alimony, or spousal maintenance, following a divorce on either a permanent or temporary basis. Alimony may be awarded for a variety of purposes. In general, courts order alimony payments to help the lower income-earning spouse maintain a lifestyle close to what was experienced during marriage.

A spouse who was unemployed for many years in order to remain home and raise children as the primary caregiver will usually have a much lower earning capability than the spouse who was employed during the marriage. In this circumstance, alimony is likely to be awarded for a substantial period of time.

Rehabilitative alimony is intended to provide temporary financial support to allow an opportunity for the lower income party to obtain education and training needed to obtain employment toward an ultimate goal of becoming self-sufficient. Reimbursement alimony may be ordered to pay back a spouse who worked and helped maintain the household while the other spouse pursued a professional degree resulting in higher paying employment.

As with child support, a substantial change in circumstances often justifies a court to revisit alimony provisions in a divorce decree. A legitimate change may occur if the alimony payer loses a job, retires, becomes disabled or suffers a lengthy illness resulting in significantly reduced income after divorce. Alimony may be reduced or eliminated if the recipient remarries. If the education or training program which served as justification for rehabilitative alimony will not be completed in the timeframe originally planned, the recipient may ask the court to extend the alimony payment period.

In some states the circumstances justifying a request to change alimony must exist for a short period of time. For example, New Jersey requires a waiting period of 90 days before a motion to modify alimony payments may be made to the court. However, payment of the modified amount may be ordered retroactive to the date of the changed circumstances.

Courts will rarely revisit provisions of a divorce decree related to property and debt distribution.  Exceptional and compelling circumstances must be proven. The person seeking to change the property division will be required to provide actual and substantial evidence to support a request.

Grounds which can justify reopening property distribution include fraud and perjury. If one spouse concealed assets or lied about their value and the other spouse can provide tangible evidence of that fact, not just a feeling, courts will occasionally re-examine property issues. Concealing assets may include temporarily transferring property to a friend or postponing a work bonus or raise until the divorce is final.

Similarly, if a spouse can prove duress resulting from the other spouse threatening harm or violence to coerce agreement to a property settlement, that may justify reopening the case.  Duress may include threats to take the children away or to refuse to pay any court ordered support. A property settlement is a contract that requires both parties to voluntarily agree. If a party can show the agreement was coerced making the agreement involuntary, the contract can be voided.

When application is made to reopen property provisions, some courts will also analyze the standard of living currently experienced by each former spouse and compare it to the standard enjoyed while married. A court may give this factor added weight when the marriage was long-term and the current standard of living of the parties appears significantly unequal.

Resolving post-divorce issues does not necessarily require a lengthy or costly return to court. When issues arise, former spouses should first try to reach agreement by discussion. One party's lawyer might achieve resolution simply by sending a letter to the other spouse. Parties can also seek mediation to attempt to reach agreement in a private setting rather than airing issues publicly in court. Consultation with an experienced family law attorney is advised when dealing with these post-divorce issues. If you have an issue after divorce in New Jersey, call the Law Offices of Peter Van Aulen at (201) 845-7400 for a free initial consultation.